Our Board of Directors

The Board of Directors is responsible for leading the Co-op and guiding the organization. They have been elected by the member-owners to act on their behalf. The Board is committed to absorbing the membership’s needs and wants, with a goal of making the best possible decisions for the organization as a whole.

Elections for the Board of Directors take place at our spring general membership meeting each year. Each member is elected to serve a two-year term, which commences at the July Board meeting following elections. The Board is composed of anywhere from 9 to 11 positions.

The Board of Directors is responsible for governing the Co-op. They are elected by member-owners to act on their behalf, with the goal of making decisions in the best interest of the collective organization and community. Board of Directors elections take place at our annual spring General Membership Meeting. Each Director serves a two-year term, starting the summer following elections.

Board meetings are always open to the public. To learn more about attending a Board meeting, please email [email protected].

Click here to learn more about the board of directors summary of responsibilities and core competencies. 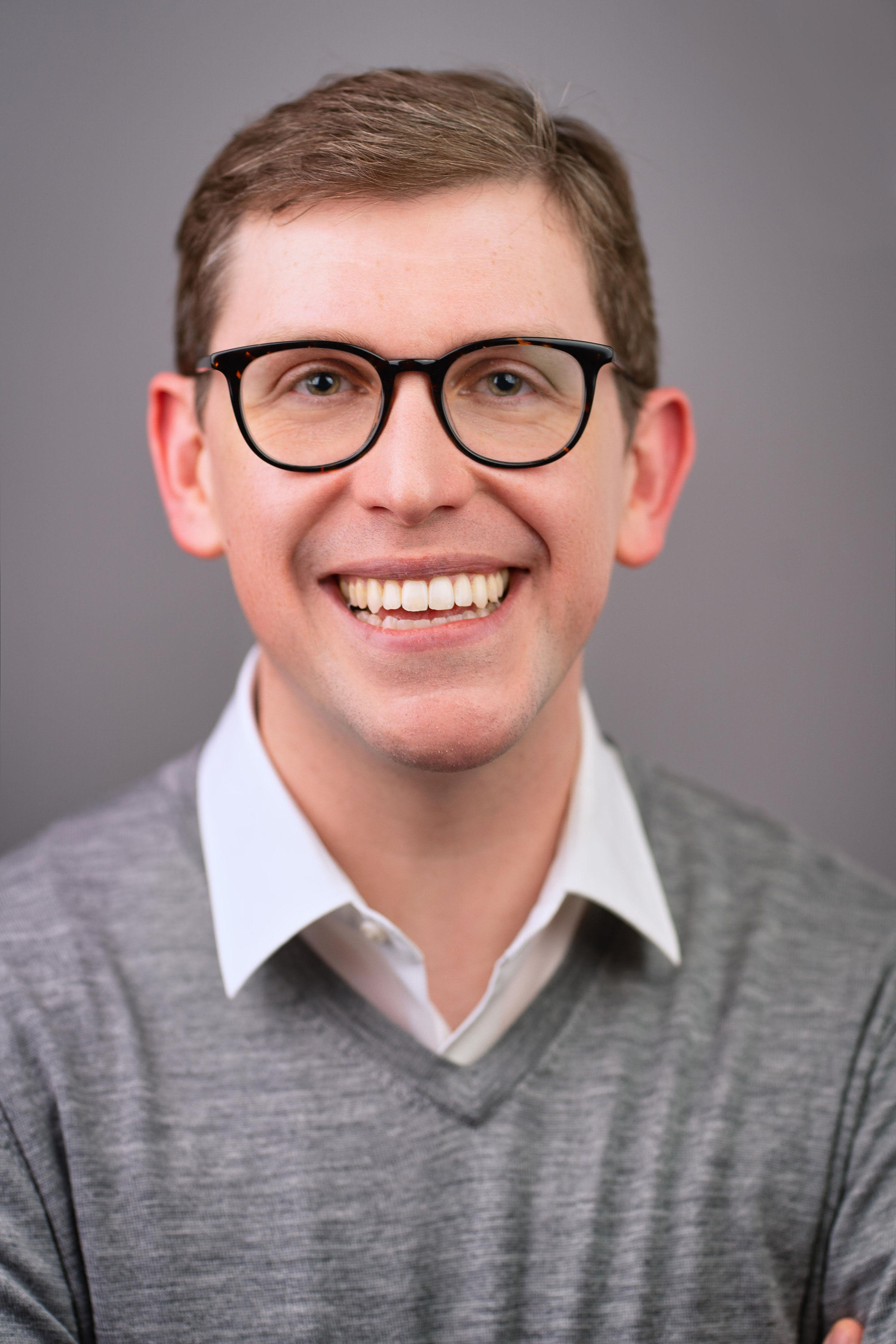 Chad moved to South Philadelphia in 2016 and settled in East Passyunk Crossing after falling in love with the city’s food scene. He is proud to live on the coolest block in South Philly and has a multitude of incredible neighbors. One of them, former board member Carolyn Huckabay, got Chad involved in the Co-op and he came aboard as our 1,000th member-owner in 2018.

Chad Hooper is the founder of CPM Leadership Consultants. Chad is the Executive Director of the Professional Managers Association, a national membership association advocating on behalf of leaders and emerging leaders in the federal government. He is also the Executive Director of the National Association of Assistant U.S. Attorneys. He works with agencies and Congress to promote good governance and enhance leadership throughout the civil service. Chad serves on the board of the Philadelphia Area Cooperative Alliance (PACA), a charitable nonprofit dedicated to improving the lives of people in the Philadelphia region by growing the cooperative economy. Chad is Board Treasurer for the Federal Employee Education & Assistance Fund, the only charitable nonprofit devoted solely to providing emergency financial assistance and scholarships to civilian federal and postal public servants and their families. Chad is also a Lifetime Member of Federally Employed Women, a professional organization working for the advancement and professional growth of people of marginalized genders in federal service while also working to end sex and gender discrimination. He is a member of the American Society of Association Executives and Reclaim Philadelphia.

For a dozen years, Chad served in the Treasury department, most recently as National Quality Director. He also instructed transformational leadership courses for new and current managers throughout the nation. Prior to joining the civil service, Chad was a program director for a community health center and worked with several nonprofits, shelters, and his local food co-op to organize a comprehensive safety net for 35,000 indigent people living with chronic or terminal illnesses. After studying at the University of Hawaii, the University of Montana, and New England College, Chad holds a master’s degree in forensic accounting and a bachelor’s degree in economics. Chad splits his free time between baking for his husband, Max, and overparenting their cats, Crinkles, Iris, and Porchester. 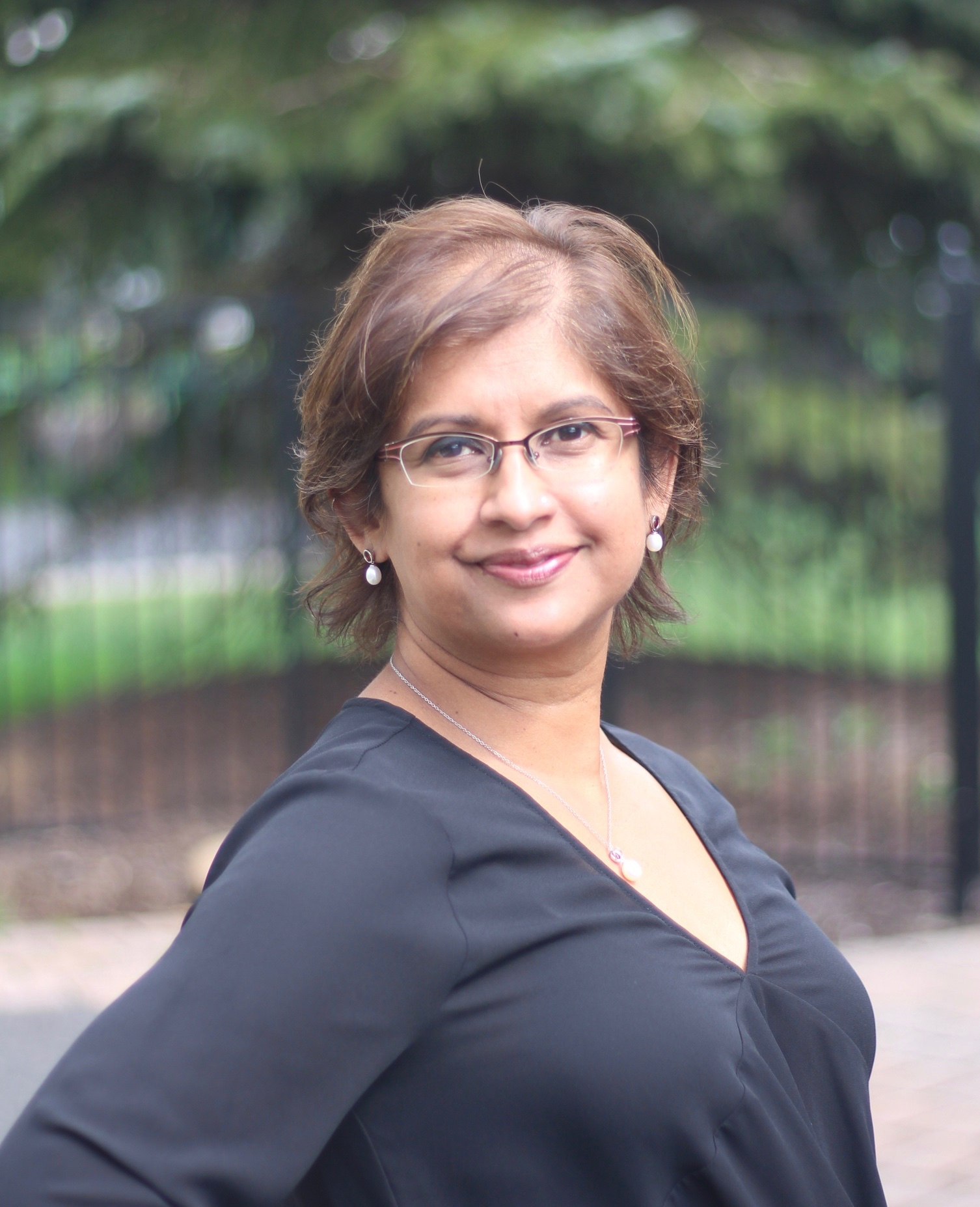 Originally from the Lehigh Valley, Mita has lived in Philadelphia for 9 years, 7 of which have been spent in South Philly. She bought a house four years ago in South Philly, just a few blocks from the Co-op. She has been a member of the South Philly Food Co-op since 2017 which is important to her because it encompasses a community of members who strive to bring fresh, local and sustainable food to our neighborhood. She has been on the Board of the South Philly Food Co-op for the past two years, and this past year has had the opportunity of being the Vice-President. Mita believes that co-ops are essential to providing a cozy neighborhood place where people can get environmentally health-conscious food at an affordable price. Mita is a Data Analyst, with a background in biology (Lafayette) and computer science (Rutgers). She has been in the field of software quality assurance for over 20 years with an emphasis on health care analytics. She has two daughters, one who is a doctor in Boston and one who is a middle school teacher in Los Angeles. Outside of work, she loves to go on long walks with her dog, Rocky, and enjoys practicing and teaching yoga. Mita likes to be involved in her community by hosting block parties and participating in Philly clean-up and tree-planting days. With all this in mind she wants to sustainably contribute to the evolving community of the South Philly Food Co-op through engagement and inclusiveness.

Sharon moved to Philadelphia in 2010 to attend Temple Law School. She instantly fell in love with the city and made it her home. Throughout her legal career she has focused on local public service by working for both the City and the School District of Philadelphia. Sharon bought a home in South Philadelphia in 2019 with her husband, Josh, and joined the Co-Op in 2020 because she loves grocery shopping and wanted to further her investment in the local community. She is passionate about community building and making wellness accessible and equitable to all.

When Sharon is not in a courtroom or cooking, she can be found going for irresponsibly long runs, racing triathlons, or petting strangers’ dogs on the street. She is also a new mother to a human child while continuing to dote on her perfect cat child, Carrie. 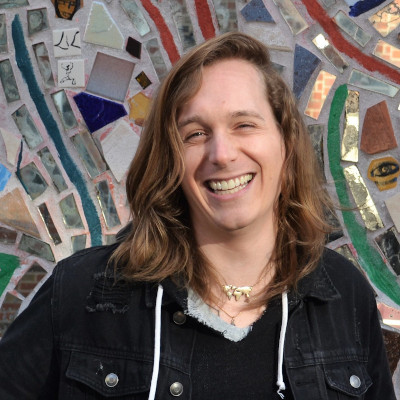 A moved to Philadelphia in early 2018 and quickly found themself at home in South Philly. Originally from Chicago, they’ve lived and worked in communities across the Midwest, Mid Atlantic and New England. They’ve worked on electoral, issue, and legislative campaigns, as well as within government agencies, member-led nonprofits, and political action committees. Their work focuses on community engagement, operational equity, and strategic initiatives. In their free time, they’re a proud cat parent, hot sauce connoisseur, and outdoors adventurer.

A is passionate about increasing the power that everyday people have over the systems that impact our lives. They see cooperative member-ownership as an opportunity to reclaim collective control over our local economy and food system.

Coming to Philly by way of Annapolis, Molly has been a Philadelphia resident for seven years, although her grandmother grew up right on Bustleton Ave! She lives in a home just a few blocks from the Co-op, which she joined after moving from Queen Village last summer. She believes the Co-op is a vital part of our community and offers much more than fresh, local foods, it's a place where neighbors can come together. She hopes during her tenure on the Board, she can be a sounding board for customers and employees alike to ensure we are serving our community here in South Philly.

Molly works here in the city doing media relations for healthcare, pharma, and biotech clients, which has given her skills to navigate sticky situations and solve problems effectively and efficiently. She has a Bachelor's degree in Anthropology. Outside of work, she enjoys baking, cooking elaborate meals, and hunting down vintage clothing. She shares her home with her husband, Matthew, and scruffy dog, Ernie (if you see them, please say hello!). 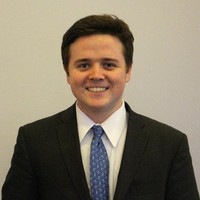 Brendan moved to Philadelphia in 2020 after graduating from Boston College in 2018 with a degree in Accounting and a minor in Managing for Social Impact.. He grew up outside of the city in Drexel Hill, PA. For his day job, Brendan works at PricewaterhouseCoopers in their Trust Solutions practice as an external auditor. Brendan is a certified public accountant in Pennsylvania and a member of the American Institute of Certified Public Accountants.

Brendan joined the Co-Op in 2020 looking for a way to get to know his community more during COVID. Prior to joining the board in July 2022, Brendan spent the previous year supporting the Finance Committee as a volunteer member. Brendan brings financial reporting and controls expertise to the board.

In his free time, Brendan likes to frequent the driving range and golf course. He has also started to make his own cider - all tips welcome! Furthermore, he is a huge foodie and loves to eat at new South Philly restaurants. Finally, he must disclose that he is an avid Boston sports fan (sorry!).

To Zaire, South Philly is synonymous with community. Food is one of the many things that connects us, yet many neighbors lack access to quality, affordable, healthy food options.

For the first twelve years of his life, Zaire lived in a food desert in inner city Baltimore. His family shopped for food every other week, and it was stressful. It required lots of planning, and they only bought processed, shelf-stable foods to eliminate waste. Local produce was not available or fresh enough to last. There was no time or money to explore new cuisines or products from local farms and businesses. Reflecting on his experience, Zaire sees how much it impacted his relationship with the food he eats, the nutrition it gives him, new flavors as a gateway to celebrating different cultures, and his overall sense of connection to his community, near and far.

Zaire sees parallels between the neighborhood he grew up in and some neighborhoods in South Philadelphia. Zaire has experienced firsthand that access to quality, local foods, and products makes a big difference in not just health, but overall quality of life. As a member of the Board of Directors Zaire looks forward to helping others understand, appreciate, engage with, and invest in the Co-op as a driver of both individual and collective health, equity, and prosperity. As our health and food systems experience unprecedented stress, Zaire believes community-driven organizations like our co-op are imperative to building resilience for our future. 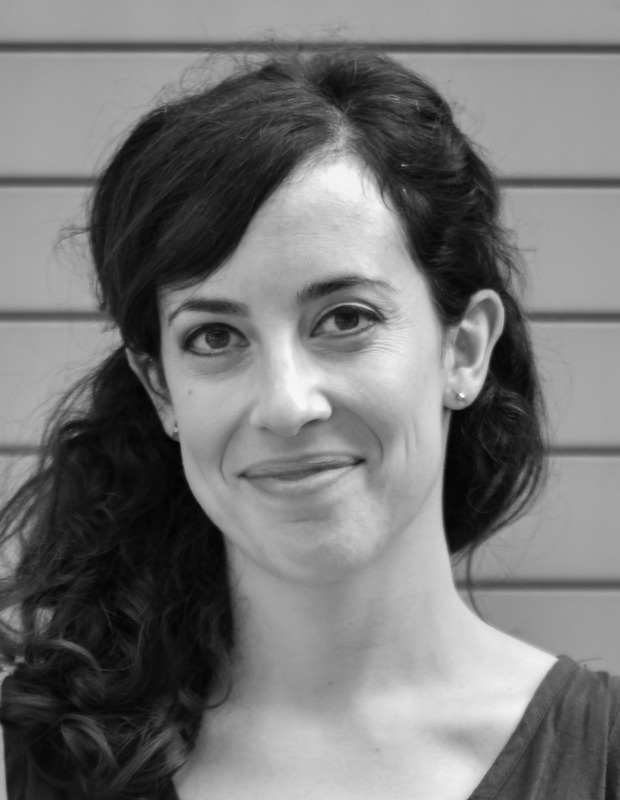 Originally from upstate New York, Eliza has lived in Philadelphia since 2014. She became a member of the South Philly Food Co-op in 2015 and joined the Board in July 2019. Eliza is a professor and public health researcher at the University of Pennsylvania and has published extensively on food insecurity, nutrition disparities and diet-related chronic disease. She has worked on issues related to local food access and federal nutrition assistance programs for more than 10 years and is passionate about making healthy food available to all.

Prior to her research career, Eliza worked on several organic farms, managed an urban farmers’ market and worked on local food policy issues with the Baltimore Food Policy Initiative. Eliza holds both a PhD in City and Regional Planning and a Master’s in Public Health from Penn.

In her free time, Eliza enjoys baking, reading novels and exploring the woods with her husband and toddler. 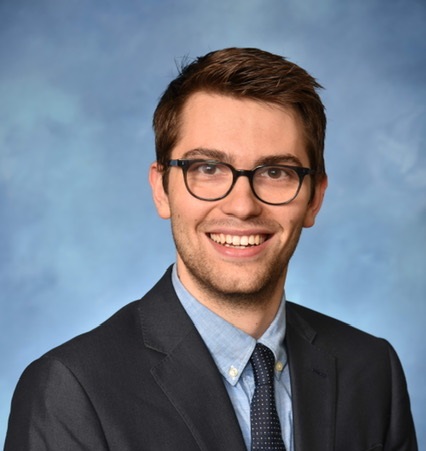 After growing up in northern New Jersey, Beckett moved to Philadelphia in 2013 and never looked back. Beckett graduated La Salle University with a B.A. in Politics, Philosophy, and Economics and later earned his J.D. part-time at Temple University Beasley School of Law. Beckett works as a tax professional helping companies with their tax credits and incentives. Beckett is also a committeeperson for the 39th Ward and interested in making his neighborhood safer, cleaner, and more politically engaged.

Beckett likes to spend his free time around food, music, and plants. Beckett is an advocate for sustainable lifestyle -- he has been a pescatarian since 2013 and a food composter since 2020. His father, a grocery worker in New Jersey, runs a vegan food blog under the alias “GenXVegan.” Beckett also enjoys attending concerts of local musicians in Philadelphia and playing music himself. His guitar tabulations of songs by artists like the Black Keys, the Rolling Stones, and Neil Young have garnered more than 1.7M views worldwide. After all this, Beckett tries not to forget to water his plants on his South Philly front porch.

Our Board of Directors