Dating Spaces: From a Cooperator Who's Been There Before

Here at the Philadelphia Area Cooperative Alliance, we are big fans of the Dating Spaces series. We also care about you and don't want you to rush into a relationship that's not sustainable in the long run. We've heard too many stories of food co-ops falling in love with a space before they were ready to commit, or a co-op discovering skeletons in the closet after it's too late. Here's some relationship advice from someone who’s been through it before.

In 2012 and 2013, I chaired the Kensington Community Food Co-op Planning Committee, leading a great group of volunteers and experts on a search for a space. We toured a couple dozen possible sites, discussed a new construction development, but none fit the criteria that we were looking for. We certainly felt the urgency to find a space in a short amount of time, and the fear of never finding a suitable space was very real. New possibilities continued to pop up, which kept us feeling hopeful. We circled back to a great looking site that was previously way out of our price range. The price dropped by enough to set up a meeting with the owner, and the price continued to drop, allowing us to eventually commit to signing a lease. Patience paid off for KCFC, and patience is still needed as there is still more fundraising to do. 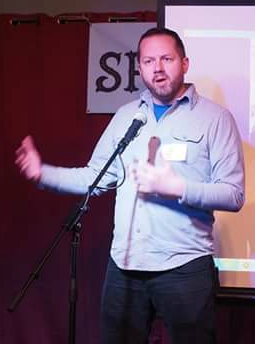 Opening a successful co-op grocery store is really, really, really, really hard. It's even harder to pull off when you're a group of residents pooling money $200 at a time to do it. South Philly Food Co-op has already overcome a lot of the hurdles that prevent most food co-ops from ever attempting to secure a location. With over 650 members and their $200 equity investments, your Co-op has become a mature start-up food co-op that is ready to commit to a space. This hard-earned capital must be used wisely, and shouldn't be spent on just any space that looks like a good deal or has the appearance of a good potential grocery store.

Grocery stores are complicated operations and they have very specific needs. They need suitable areas to receive deliveries, enough room on a single floor to properly display and store all the products, and staff will need some sort of an office to work in. If you want to dig deeper into these requirements, check out the great blog post from May 26th. These requirements eliminate most eligible commercial properties, unfortunately. People are also creatures of habit that are used to shopping along routes that they already know. As such, the store should be on a commercial corridor if possible, but those buildings can be very expensive. You're starting a grocery store with very thin margins, so the rent has to be affordable. There are a lot of variables to consider, and the Real Estate Committee clearly has a handle on things.

I commend your Co-op for being so patient; a lesser co-op would have pulled the trigger by now. The store of your dreams may be right around the corner. Keep your standards high, but understand that compromise is inevitable. Be wary that too much compromise might compromise the Co-op's ability to be profitable. Food co-ops do have a much higher survival rate than most independent businesses. I think a lot of this success has to do with food co-ops forcing themselves to be patient and work with a group of people to make the best decision.