We're counting down the days till the South Philly Garden Tour! Check this blog early and often for details on participating gardens, tour hubs, swag, press and much more! Hope to see you September 12! 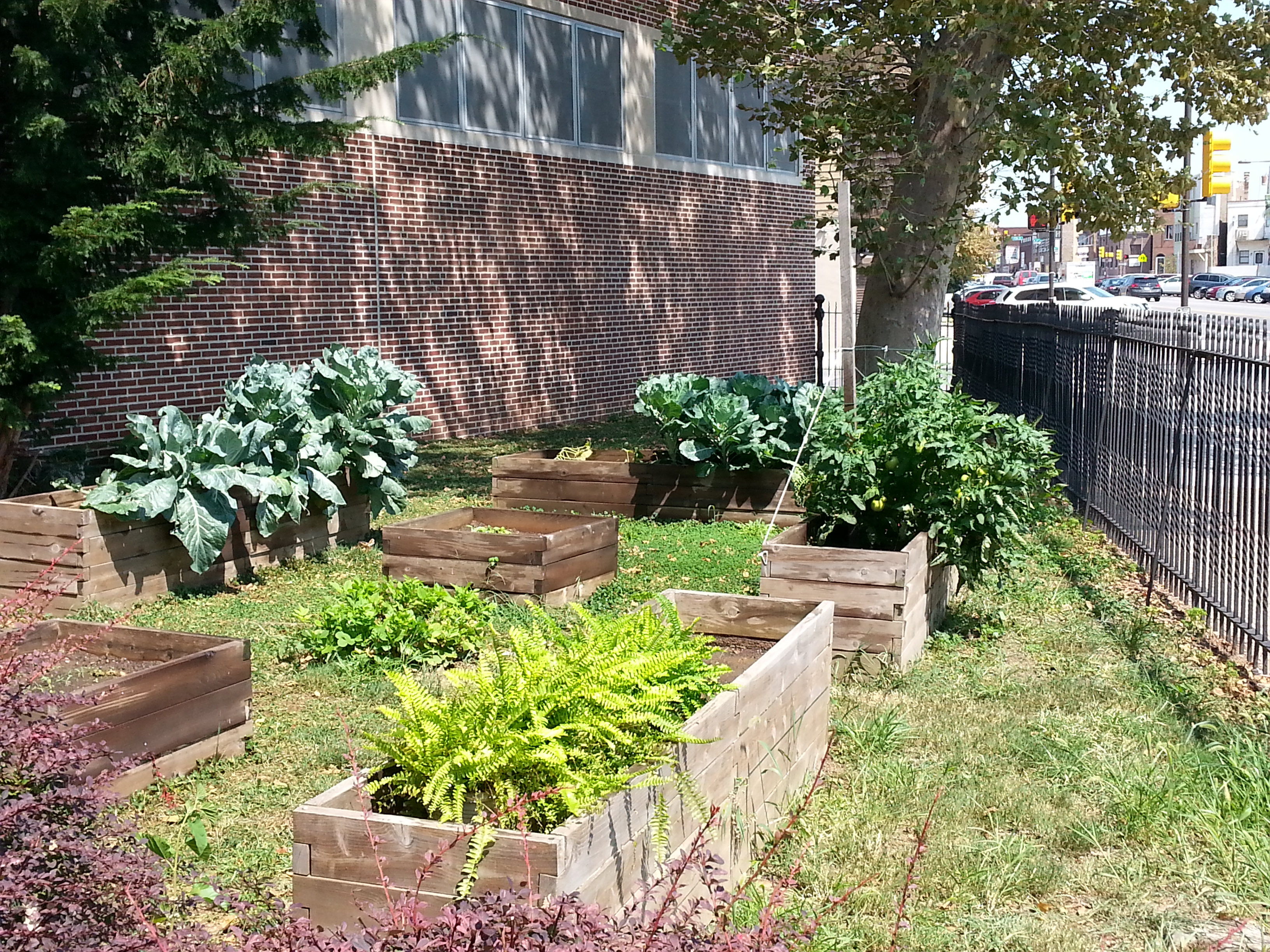 Since three of our Garden Tour spots are maintained by the Newbold Community Development Corporation, we decided to go right to the source and ask Tim Lidiak, NCDC president, about the organization's three host sites: Newbold Triangle, the War Memorial and the Stephen Girard ES Front Lawn Gardens (pictured, above). According to Tim, all three are the product of over three years of hard labor by volunteers from Newbold CDC as well as the West Passyunk Neighbors Association.

The Newbold Triangle and the War Memorial originated in 2013 when the City Streets Department reconstructed West Passyunk Avenue and its intersections to better accommodate pedestrians, which resulted in the creation of large concrete spaces at several intersections.  Newbold CDC encouraged the Streets Department to leave several of these spaces unpaved so that CDC volunteers could plant the area.  So, with the design guidance of local horticulturalist Jeff Goldman, the CDC planted the public area behind the Melrose Diner with a variety of hardy, drought-resistant perennials, including Black Eyed Susans, Russian Sage, Itea Virginica May NIght salvia, and a variety of roses.

The 18th Street War Memorial has been in existence since the early 1960s; however, the Memorial was a small space surrounded by a chain-link fence, in derelict condition and unmaintained. As part of the West Passyunk Avenue reconstruction, Newbold CDC encouraged the Streets Department to expand the space around the Memorial and to install an aluminum "wrought iron" fence around its perimeter.  Once the construction work was completed, Newbold CDC identified local resident and gardener Chris Marino, who was interested in generating a garden within the Memorial.  In the past three years, Chris has planted a variety of perennials, in particular roses and a Butterfly bush, and has maintained the garden and in so doing, has provided this memorial to U.S. war veterans with the dignity that it deserves.

The third garden, the front lawn of Stephen Girard Elementary School, is a collaborative effort of West Passyunk Neighbors Association (WPNA) and Newbold CDC. In 2013, the front lawn of the school was covered by over 20 overgrown shrubs, which blocked the view of the lawn from the sidewalk and street.  Joining forces, the two organizations under the leadership of WPNA Board member Tom Hawthorn, slowly began removing the shrubs, debris and trash, and over the past three years have planted a number of gardens, including a rose garden and a sunflower garden, within the confines of the lawn. Tom also maintains several raised vegetable beds used by students for growing vegetables as part of the school's healthy eating program.