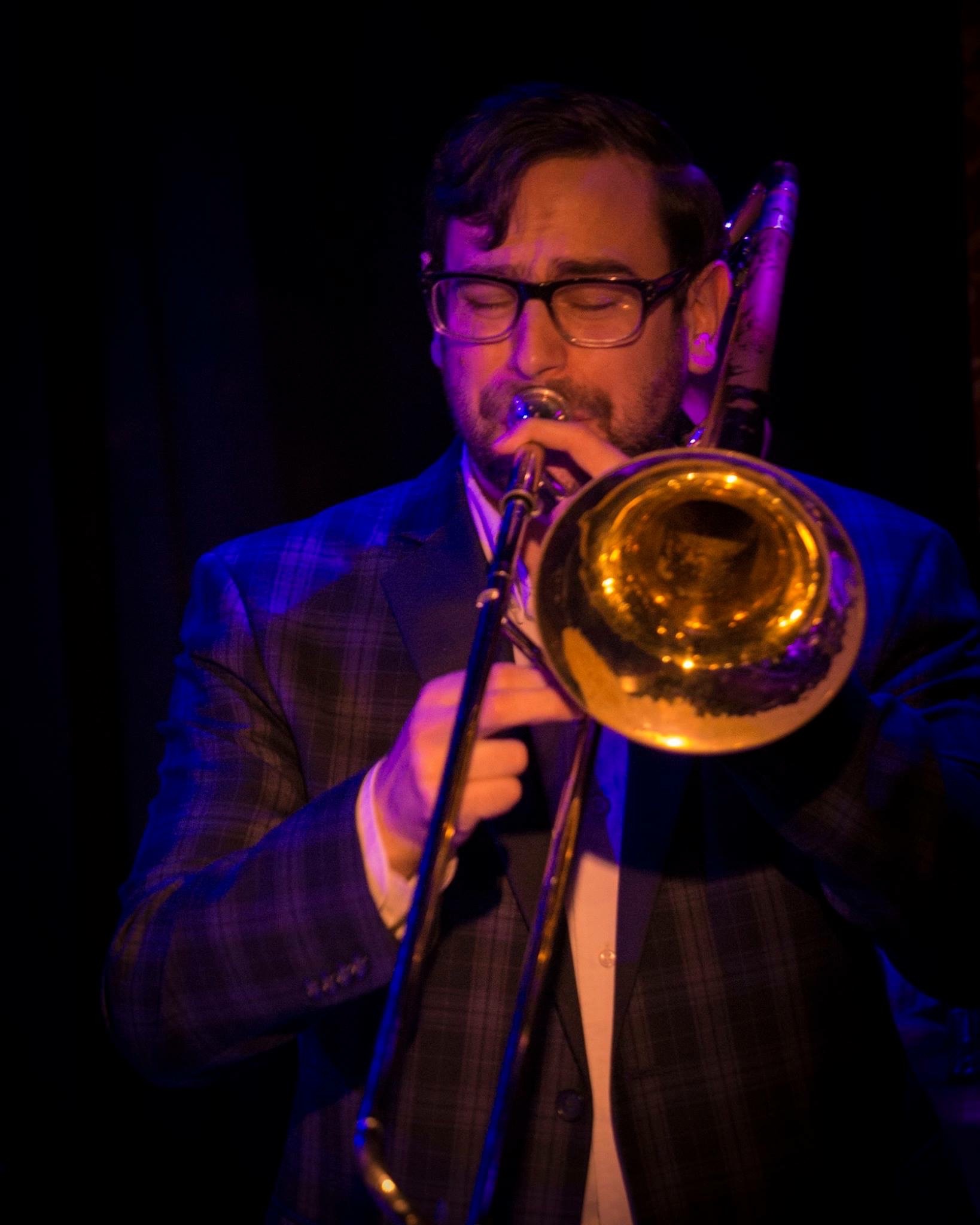 Joe M (he/him) is a freelance jazz trombonist and tubist. Joe has been shopping at South Philly Food Co-op since it opened. He is so excited to be a team member of our store after being a fan and shopper since the beginning! Joe lives around the corner in South Philly and loves the area, especially the East Passyunk scene.

Joe's favorite thing to shop for and cook is eggplant. He makes a delicious fried eggplant — when you see him, ask him for the recipe!

Since graduating from Temple University in 2009, Joe has performed and recorded with The Christian McBride Big Band, including on their 2018 Grammy winning album, Bringin’ It. As a sideman with other groups, Joe has been featured with the Boston Symphony Pops Orchestra, aired on Good Morning America, and performed in concert halls and jazz clubs all over the world. Since 2014, Joe has been performing regularly with The Philly Pops Jazz Orchestra of Philadelphia, under the direction of Terell Stafford. As a member of the city’s preeminent jazz orchestra, he has had the privilege of performing with such jazz luminaries as Jimmy Heath, Clark Terry, Benny Golson, Randy Brecker, Jon Faddis Wynton Marsalis, and Kenny Barron. As an educator, Joe is on faculty at Temple University’s Boyer College of Music and Dance. He has also conducted educational workshops with Jazz at Lincoln Center and The Juilliard School, his second alma mater.