Please tell us, have you been enjoying this weekly series? I'm so curious that I scroll right to the question, "Why did you become a member-owner?"  This week we are featuring Albert Yee, who is a fantastic photographer and has helped us capture many co-op events.  (Psst...keep reading below to see what Albert says about milk chocolate, I feel the same way!) 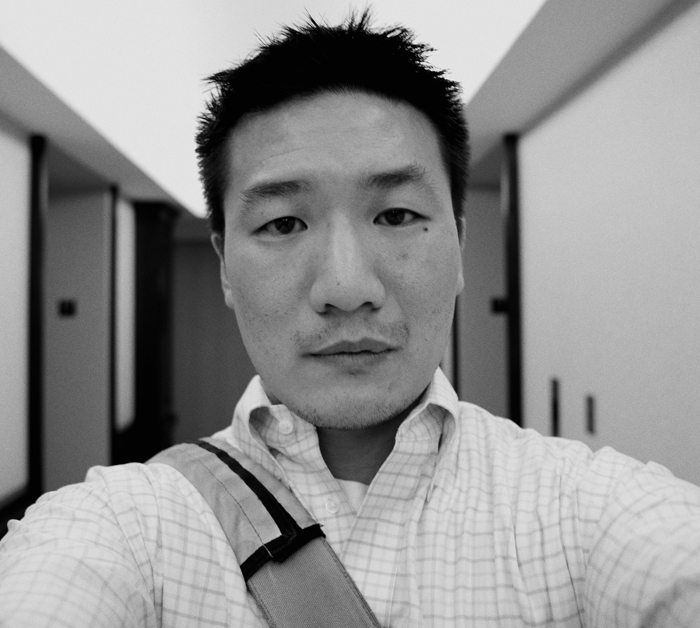 What do you do for a living?
I'm a freelance photographer and also work part-time at the local food non-profit, Fair Food, in Reading Terminal Market.

How did you hear about the South Philly Food Co-op?
I heard about the co-op right in the beginning but because I wasn't living close enough to South Philly, I didn't take a selfish interest. After moving south of South Street, I saw it was well on its way and decided to join.

Why did you join the food co-op?
The notion of the food co-op was foreign to me prior to moving to Philadelphia and the business model is an intriguing one. I was aware of other member-owner groups, but I had never been a part of one. As my interest in the local food movement has grown, the thought of having a direct say in the products that will appear on the shelves of a place I
co-own, sounded like something I wanted to be a part of.

How long have you lived in South Philly?
I live north of Washington Avenue but south of South Street.  I normally just say the Bella Vista/Italian Market area.  I've been in Philadelphia for 8 years, South Philly for 1 year.

What do you like best about your neighborhood?
I love the proximity to really tasty and inexpensive eats. All the Mexican spots (Taqueria la Veracruzana was my favorite prior to moving to the area), Vietnamese eats (I'm on a quest to find the perfect pho and so far Pho 75 has it) and the breadth of 9th Street is unbeatable.

What is your favorite meal to cook and why?
Lately it's between stir fry and spatchcocked chicken. Stir fry because it's a great way to incorporate a rush of a number of ingredients at all different times into the wok. Spatchcocked chicken over shallots, garlic and herb fingerling potatoes is super easy to prepare and yields a lot of food. Plus, spatchcock is fun to say.

What are your favorite products?
I'm a big cheese fan and living by DiBruno and Claudio's and working at Fair Food gives me unlimited access to it. The mozzarella at Claudio's is consistently the best I've had because of its freshness, which is so important with mozzarella. DiBruno is the gatekeeper of my favorite cheese from Neal's Yard Dairy: Berkswell. It's a delectable sheep's milk cheese with a whopping price tag, but every once in awhile I like to splurge on it. Local creameries produce some awesome stuff as well, such as Sue Miller of Birchrun Hills Farm.  She makes an incredible blue called Birchrun Blue which is creamy, dense, and rich. (It gives traditional Stiltons a run for their money.)  Lastly, Cherry Grove's Toma Primavera is fantastic in the summer with it's golden glow. I've been to both farms to see how the cows roam free, it's something everyone should see.

Honey Crisp or Pink Lady?
My favorite apple is the Gold Rush which is a late season apple like the Pink Lady.  It has the sweet/tart/crunchy/juicy qualities of Honey Crisp, but heavier on the tart, lighter on the sweet. The best thing about them is that you can store them in your fridge in the fall and if you're disciplined enough, enjoy them 6 months later still crunchy.

Kale or Collards?
Lacinato kale all the way. But it's been awhile since I've had some proper ham hock'd greens which could sway me back to collards.

Bacon or Sausage?
The double hickory smoked bacon available at Fair Food is my single favorite food item I buy on the regular. It's absolutely heavenly and importantly, it's *hickory* smoked, not the lighter applewood.

We’d love to hear from you! Please consider sharing with us why you became a member-owner. Email [email protected] to help with this feature.