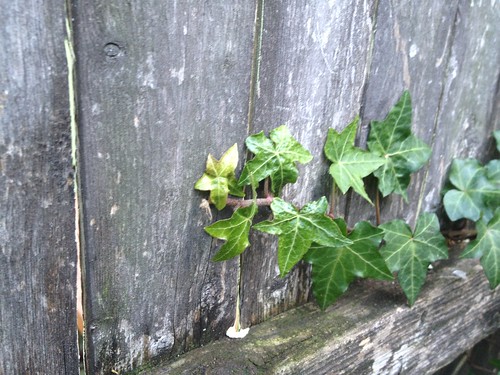 [/caption] Apparently some groundhog saw his shadow today.  I don't have too much faith in this Punxsutawney Phil creature but if winter continues like this it really wouldn't be that bad, would it?  My little ivy is certainly enjoying itself.  Look at the little baby leaves! [caption id="" align="alignnone" width="500" caption="hello, blurry ivy"] 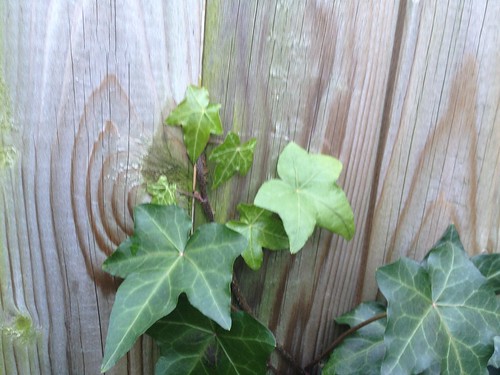 [/caption] I realize that ivy grows pretty much anywhere but it's encouraging on the second day of February to see a little new growth.  Yes!  That's what happens soon!  Even if the groundhog said otherwise.  While we're on this subject, does anyone else get nervous that they'll wake up on the day after Groundhog Day and everything will be eerily the same and it'll be just like Groundhog Day the movie?  Except this time it's real life and there's no Bill Murray or Andie MacDowell and you actually do have to live one day over and over?  It's a legitimate fear, I think. Ivy's pretty great, though.  It's always green and grows in the shade, it can grow up things or on the ground, and if it grows someplace you don't want it, you can just gently lift its little (strong!) feet and put it where you want it to go.  The only thing I do to mine is to coax it up the fence and away from the tree.  So easy!  For a lovely article about ivy, I suggest this. But ivy isn't the only thing growing - this little one is getting bigger and bigger: [caption id="" align="alignnone" width="500" caption="hi there"] 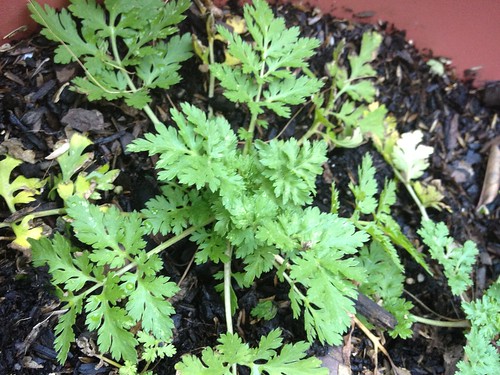 [/caption] Feverfew!  It looks like a weed because it pretty much is, but I did get some pretty white flowers out of it last fall.  There used to be sunflowers in this pot and this makes me miss them.  I'm definitely growing sunflowers this year because they're so HUGE.  I love being dwarfed by my plants. And soon it will be time to start planting seeds!  Groundhog, even if you are right about six more weeks of winter it doesn't matter to me since I can start growing things inside my nice warm house.
Sarah's Garden Gardening and Farming
Tweet