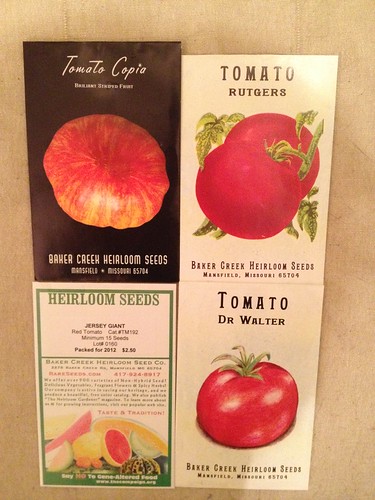 [/caption] First off:  tomatoes!  I'm branching out a little this year and trying some different varieties.  My beefsteaks last year were very tasty but I definitely think they needed more space.  So these are all slightly smaller since I read quite a few things saying that smaller tomatoes need less growing space.  I never seem to eat cherry or grape tomatoes so we'll see how these work.  The Copia is orangey with stripes and the rest are red; I tried to pick ones from New Jersey or around this area because I figure if this is the climate they're used to then maybe they'll grow better?  Not that my tomatoes last year had any trouble growing... [caption id="" align="alignnone" width="500" caption="peppers and eggplants"] 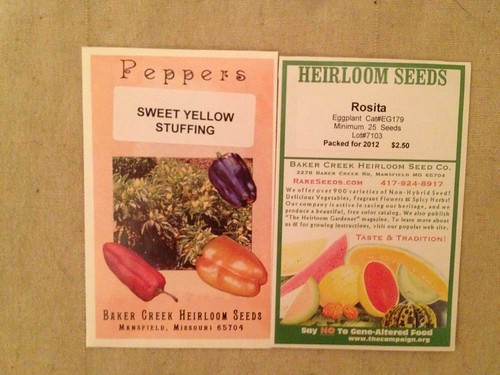 [/caption] Some other nightshades:  sweet yellow peppers and eggplant.  I don't actually like peppers but apparently they grow very well with tomatoes and I'm curious to see how they do.  And the eggplant, well, I didn't get even one eggplant from my Black Beauty eggplants last year so I decided to switch it up and try a different variety.  I'm not ready to give up on eggplant yet! [caption id="" align="alignnone" width="500" caption="thyme, basil"] 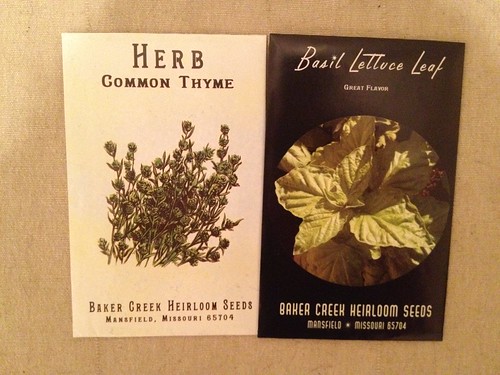 [/caption] My two favorite herbs are thyme and basil and I already have mint and rosemary outside so together these make a pretty good herb garden.  I've never grown thyme before and it might be a little silly to grow from seed but I'm giving it a try.  And the basil is actually the same variety I grew last year.  It was so easy and I liked the taste of it so much that I'm growing it again!  I'm looking forward to more pesto so I can make my favorite sandwich in the world:  tomato, mozzarella and pesto. [caption id="" align="alignnone" width="500" caption="arugula, spinach and lettuce"] 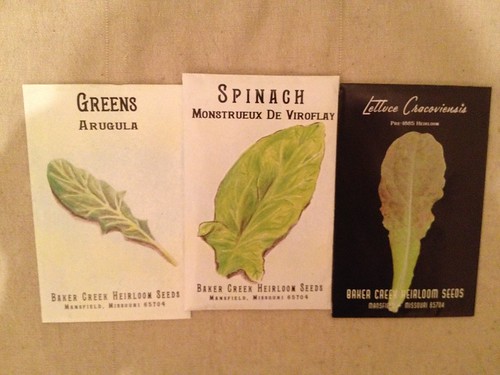 [/caption] And greens!  It's not really the right time to plant these - they don't like really hot weather so they do best in spring and fall - but they all grow fairly quickly (about a month and half or two months to harvest.)  And the thing with these greens is that it never hurts to pick them early to eat because baby spinach and baby arugula and baby lettuce are not only more adorable but often tastier.  These three are all from last year and I don't think that should be a problem but who knows.  Clearly if my seeds don't sprout I will blame it on that fact. And that's enough to start!  I doubt I'll have much to show for a few weeks but we will see.  I remember being quite surprised at how quickly my seedlings appeared last year.
Sarah's Garden Gardening and Farming
Tweet