Sarah's Garden: The Start of a New Season

It's not exactly the start of this new gardening season - I started my seeds in March - but it never feels like a garden until I get it all outside.  So...here it is! [caption id="" align="alignnone" width="500" caption="little ones"] 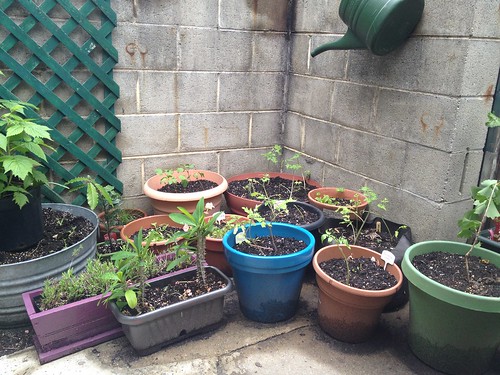 [/caption] It looks kind of pitiful right now but pretty soon those are going to be big plants!  I have lots of different plants this year in addition to my vegetables.  This is a raspberry from Bartram's Garden: [caption id="" align="alignnone" width="375" caption="mr. raspberry"] 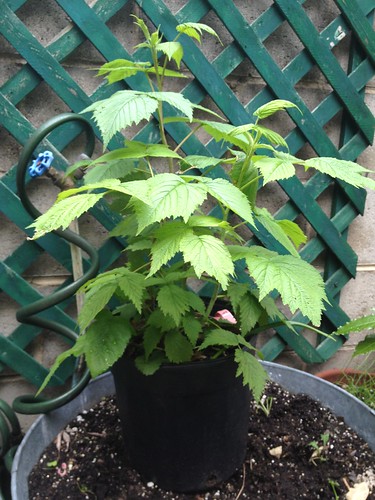 [/caption] I also have lots of lavender that I thought had died but lo!  I cut off all the dead stuff and now it's as green as ever: [caption id="" align="alignnone" width="500" caption="I certainly don't need four lavender plants but that's how many fit in that box"] 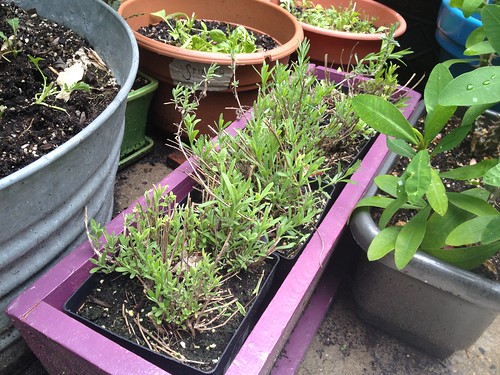 [/caption] And this lovely maidenhair fern that I also assumed was dead.  It came back!  More proof that my patio is a microclimate. [caption id="" align="alignnone" width="375" caption="I love ferns"] 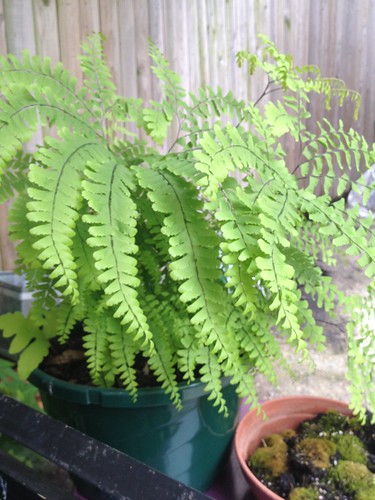 [/caption] I'm actually not joking (surprising, I know) about the microclimate.  According to the USDA hardiness zone map (which was just updated this year to account for global warming, which is totally a thing and everyone agrees on that now, right?  right) Philadelphia is zone 7b.  This means that the average low winter temperature here is  5-10 degrees Fahrenheit.  But there are factors beyond the weather that can influence this:  concrete and brick trap heat and walls protect against wind chill.  My patio is pretty small, concrete and surrounded on all sides by walls at least 4' tall.  Add that two of the walls are concrete and there is a tree that protects the plants under it and I would wager that my patio very rarely gets down to 5 degrees F.  Now I have yet to get a thermometer out there (I know, I was talking about this last year too) so I'm not sure, but I didn't expect a fern in a fairly small pot (not a lot of insulation from the ground) to survive the winter.  I actually felt bad when I realized I forgot to bring it in last winter and assumed that this was the end.  But then I saw some green and I left it and now it's as good as new!  My elephant ear, however, did not make it.  They will overwinter here in the ground but mine was in a fairly small pot and...now it's dead.  So sorry, elephant ear.  I loved you so. But let's end on a positive note, shall we?  Here are my sunflowers on Sunday, exactly one week after I planted them.  I can't get over how fast these sunflowers grow - they're the same seeds as last year and those plants grew to be around 7' tall.  I would say that they grow like weeds but I've grown weeds (feverfew, for one) and these grow much faster. [caption id="" align="alignnone" width="500" caption="week-old babies"] 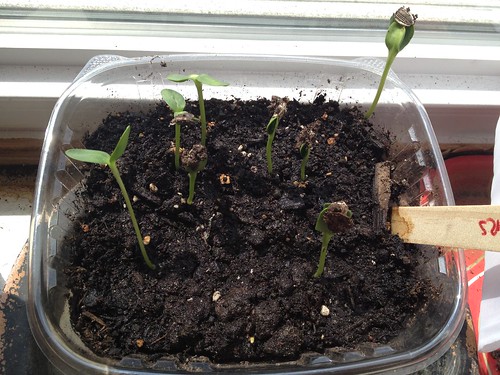 [/caption] The best part of the year is fast approaching:  the time when plants grow with reckless abandon.  I'm looking forward to it!
Sarah's Garden Gardening and Farming
Tweet