(Editor's Note: Sarah's Garden is one of the 20 featured gardens on our 1st Annual South Philly Garden Tour on Saturday, September 10 from 11am to 3pm. It is also Reason #4 to do the Tour: Because you want to see Sarah's Garden in person! 20 AWESOME gardens. Food and drink specials at several local establishments. An after party at the Cantina from 3pm to 5pm. And all of this fun supports our efforts to bring a co-op to South Philly. Click here for information on where to buy tickets... including a link to buy online if you're into that. Thanks!) Hi, friends!  We've had a lot of rain!  In fact, this has been the wettest August on record (what, you don't read the NOAA National Weather Service website?  you're missing out!)  And while lots of rain means less work watering for me (yay!  social life!) it also means that my tomatoes are getting overwatered and the skins have started splitting. Here's one particularly cute example: [caption id="" align="alignnone" width="374" caption="little spiral"] 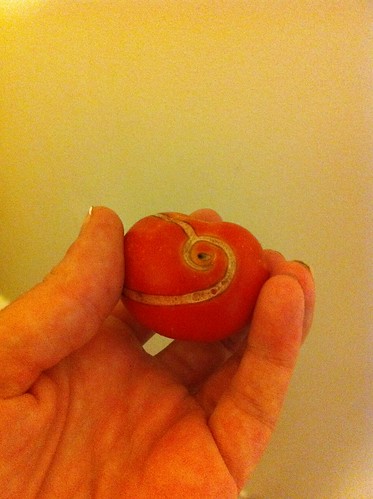 [/caption] For some reason this reminds me of the cartoon version of "How the Grinch Stole Christmas" that I used to watch as a kid.  Remember how his ears (antennae?) used to curl up when he had an idea or got angry?  Somehow I couldn't find a picture of that. But the rest of my little tomatoes don't look nearly as adorable.  They mostly look like this: [caption id="" align="alignnone" width="374" caption="ick"] 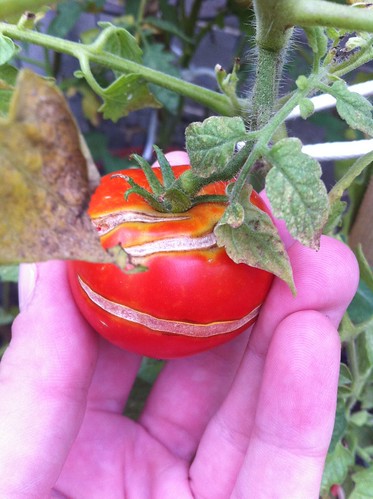 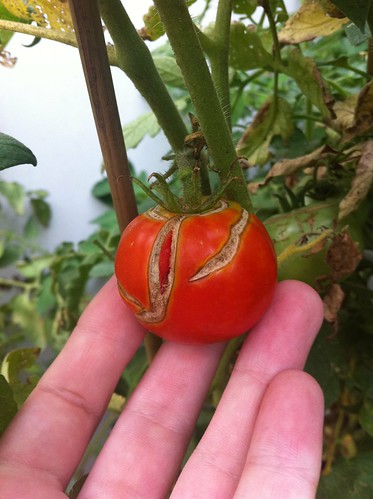 [/caption] Luckily they still taste good even if they look weird.  A few days ago I picked all the red ones and made tomato sauce since that doesn't require perfect-looking tomatoes.  Also I parboil my tomatoes to get the skins off before making the sauce so I think the split skins actually helped with that part.  Nevertheless I'm looking forward to a little less rain and some pretty tomatoes again. But you know what likes lots of rain?  Seedlings!  The time for fall planting is now (or last week for me) and I planted some kale: [caption id="" align="alignnone" width="374" caption="no moss, no!"] 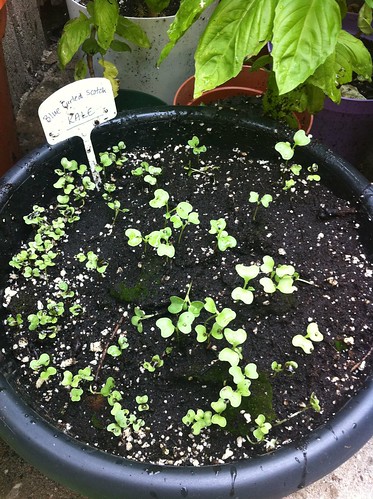 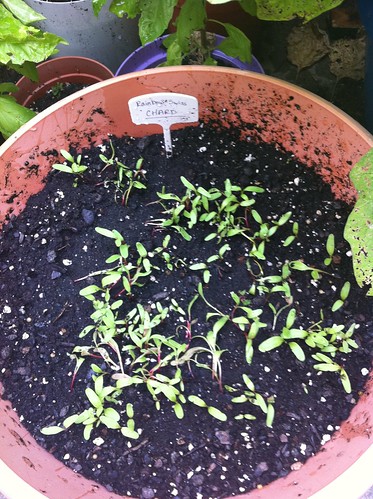 [/caption] The chard is Rainbow Swiss Chard (I kind of thought that Swiss Chard was the kind with the white stems and Rainbow Chard was the one with the, well, rainbow stems but what do I know?) and you can already see the little bright red stems! [caption id="" align="alignnone" width="374" caption="nice!"] 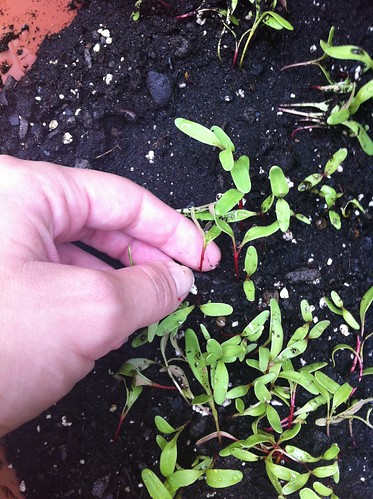 [/caption] [Sidenote:  last summer the South Philly Review published an article in the police report section about someone stabbing someone with a "chard" of glass...it's since been corrected in the online version but luckily I found it funny enough to take a blurry picture which I will now share with you all - check out the sub-head.] [caption id="" align="alignnone" width="375" caption="Eat your vegetables!"] 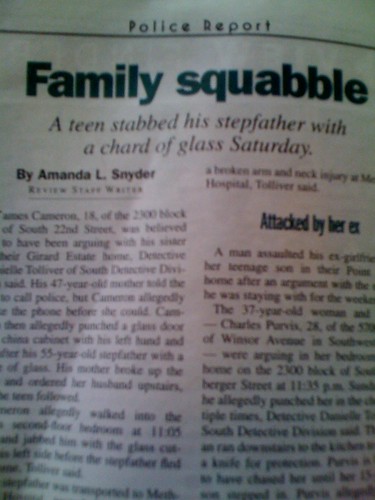 [/caption] Another thing that seems to be enjoying all this rain is my eggplant.  Check out all these flowers: [caption id="" align="alignnone" width="500" caption="adorable"] 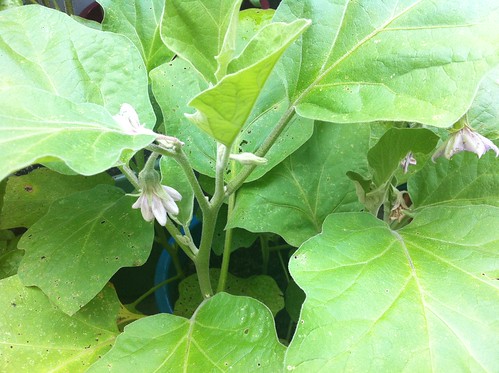 [/caption] Now if only I could get some fruit...But hey!  Speaking of fruit, I have the smallest fig! [caption id="" align="alignnone" width="374" caption="make that the two smallest figs!"] 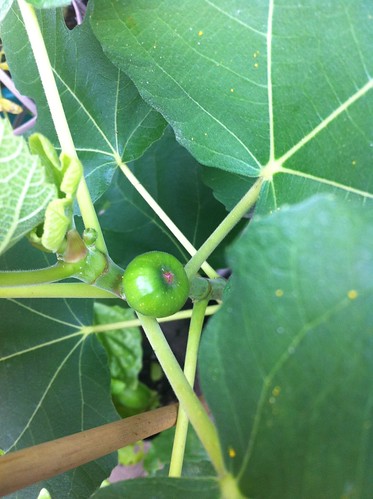 [/caption] There's that one tiny one and the larger one is a little bigger than an acorn.  Cute!  To tell you the truth, I don't even think I like figs that much but I am determined to eat some figs from this plant because the other one died and made me sad.  And if I end up having to give away figs that wouldn't be the worst thing, either. That's all for this week!  And don't forget to sign up for the garden tour if you want to see all these plants in person.  They love visitors!
garden-tour Sarah's Garden Events Gardening and Farming
Tweet