Back when I was growing up in cold, cold New England, March didn't mean much more than snow or possibly slush, if we were lucky and it warmed up to above freezing.  The old saying that March comes in like a lion and goes out like a lamb never made any sense to me:  it came in and out like a lion in my experience, and the first month that you could just about guarantee that there'd be no snow was May (I'm only slightly joking.)  But here!  In the glorious and warm Mid-Atlantic, March is a wonderful month.  Here, March means that spring is coming.  You can feel the sun getting stronger and once in a while you can even smell spring, as long as you are outside the 1/2 mile Pat's and Geno's cheesesteak smell radius. I kid, Philadelphia.  But it's true that March is a wonderful month, if only for the fact the the few months after it (April, May, June) are some of the nicest temperature-wise.  The other day I went out into the garden, dormant except for that crazy ivy, to get some containers and figure out where things should go.  And lo!  (Sorry.)  There was something still growing: [caption id="" align="alignnone" width="375" caption="swisssssss chard"] 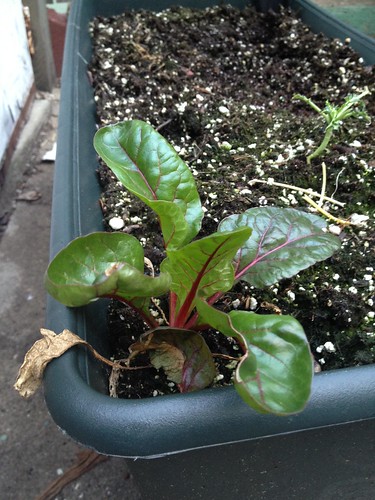 [/caption] Chard!  I didn't take any of my failed chard or kale out last fall since I was hoping that some of it might come back in the spring.  Well, it sort of did.  This little guy is very small, but he's growing.  I picked one of the leaves to try and I can tell you that it was crunchy and tasted...fresh...but that's about all I can say since I had just finished eating a Cadbury Creme Egg about a second before I put the leaf into my mouth.  Oops! [caption id="" align="alignnone" width="375" caption="pretty"] 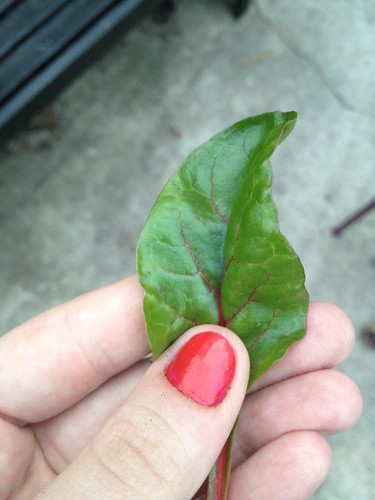 [/caption] Unfortunately, that's really the only one that made it.  You see, I planted the chard and kale seeds in a self-watering planter.  Good idea, right?  We've already covered that I'm bad at watering.  The self-watering planter came with a plastic cover and one day I got all cocky and decided that I didn't need that ugly plastic cover.  Ha!  Unfortunately, I think I really did need that ugly plastic cover because after I took it off the soil was always really wet.  And something appears to be eating the kale? [caption id="" align="alignnone" width="500" caption="sad"] 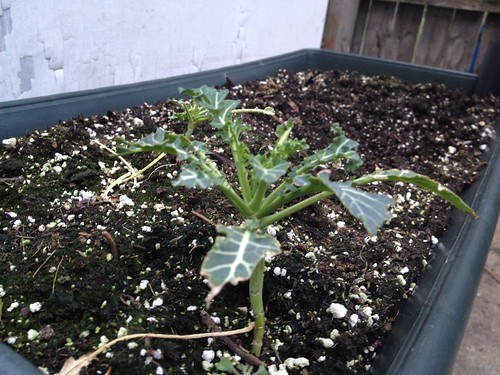 [/caption] Oh well.  I'll continue to tend to my one little chard. Soon it will be time to plant seeds!  More on that next week.  For now, here are some little snowdrops brightening my walk to work in the morning: [caption id="" align="alignnone" width="500" caption="lovelies"] 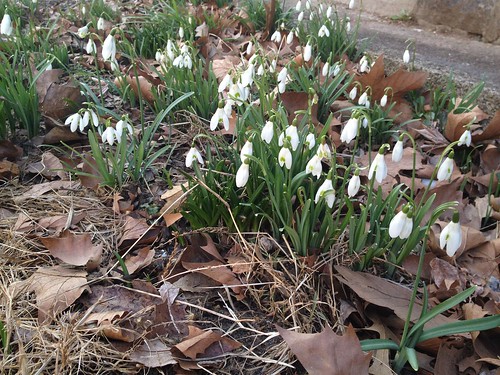