(Editor’s Note: Sarah’s Garden is one of the 20 featured gardens on our 1st Annual South Philly Garden Tour on Saturday, September 10 from 11am to 3pm.  20 AWESOME gardens. Food and drink specials at several local establishments. An after party at the Cantina from 3pm to 5pm. And all of this fun supports our efforts to bring a co-op to South Philly. Click here for information on where to buy tickets… including a link to buy online if you’re into that. Thanks!) Hello!  I am happy to report that my little garden survived the hurricane!  My palm tree fell over but that was it.  All the tomatoes are still going strong (lots of little flowers!) and the eggplant especially seems to be liking all the water: [caption id="" align="alignnone" width="374" caption="Enjoy it, lovely"] 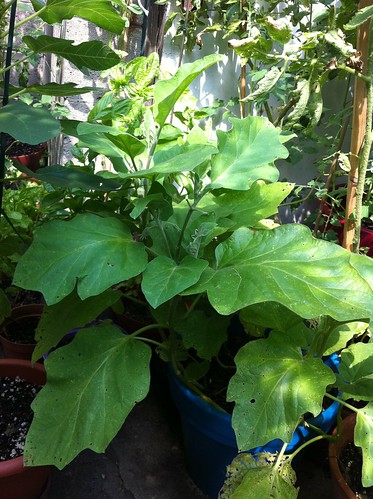 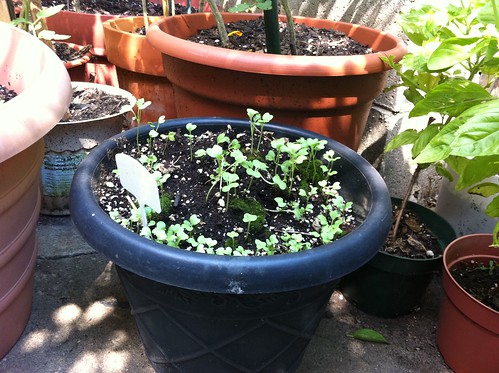 [/caption] I was a little worried about the moss growing there, but little kale doesn't seem to mind...the moss was actually already growing in the potting soil when I planted the kale seeds but I needed all the soil I could get so I just left it.  As long as the kale continues to grow I'm not too worried about the moss.  Here's a closeup of the kale: [caption id="" align="alignnone" width="500" caption="babies"] 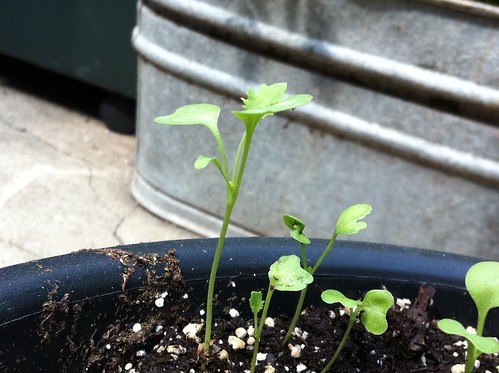 [/caption] The biggest ones have four leaves!  Guess it's time to transplant... I also made a trip to visit my parents and some old friends in western Massachusetts recently.  Back when I was overrun with tomato seedlings I gave some to my dad and he planted them in the garden.  And they're HUGE!  I'm a little jealous, actually, of these people who can plant things in the actual ground instead of containers.  Here are his beefsteaks: [caption id="" align="alignnone" width="500" caption="big'uns"] 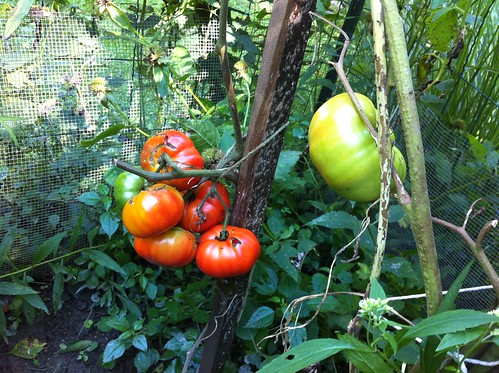 [/caption] And check out his Beauty Queens!  I haven't even gotten any of these yet but his are huge: [caption id="" align="alignnone" width="500" caption="It's totally bigger than my hand"] 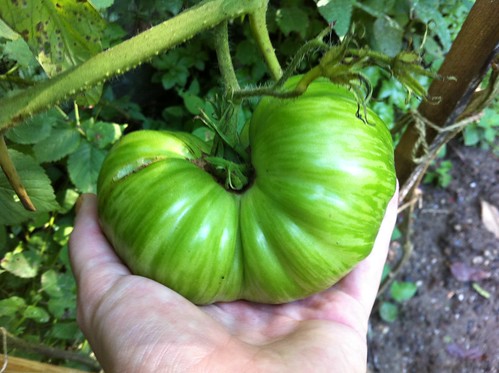 [/caption] We actually ate one Beauty Queen that had already turned yellow and it was delicious.  They really are beauty queens:  yellow with light green and orange stripes throughout.  Here are some more (sorry about the leaf): [caption id="" align="alignnone" width="500" caption="camouflage"] 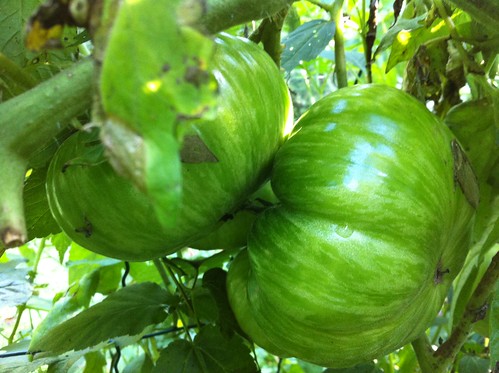 [/caption] I love how you can see the stripes already even though they're still green.  So pretty! But!  This is about my garden and I have some new specimens to show you.  First up:  Rex! [caption id="" align="alignnone" width="374" caption="Welcome, Rex"] 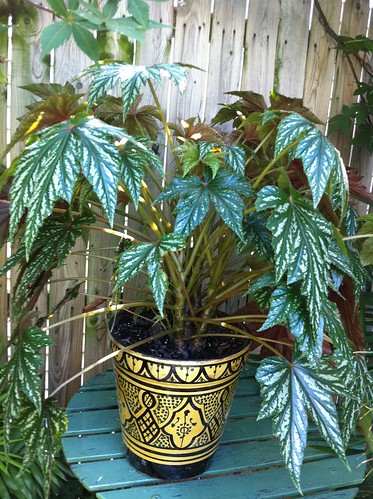 [/caption] I call this guy Rex because he's a Rex Begonia and besides being awesomely jungle-like he also likes shade so his new home is under the tree.  Enjoy your dappled shade, Rex! And there is one more new addition, also of the crazy-jungle-exotic-looking variety:  a castor bean plant! [caption id="" align="alignnone" width="374" caption="Hi there."] 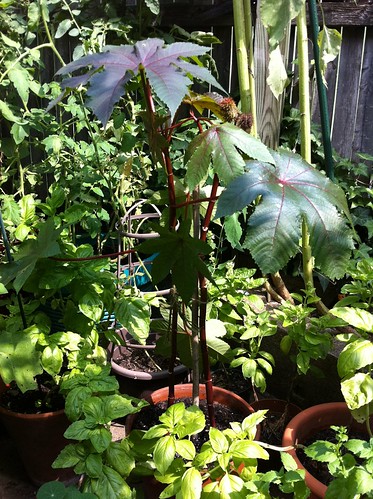 [/caption] I love the color and shape of its leaves and the crazy spiky seedpods but this one is very poisonous and must be kept away from cats and the like.  The cats were never too interested in my little tomatoes when they were inside (they would sniff them and then back away) but this guy is apparently more attractive to kitties so I think when it gets too cold he'll be going on vacation in Massachusetts - inside, of course.  This one likes full sun so he's in a sea of basil for right now. There are a few more additions so stay tuned!  We're just full of excitement here in South Philly. Sarah DeGiorgis has lived in Philly for five years and is finally starting to feel like a true Philadelphian, though she still detests cheesesteaks.  She enjoys reading, watching bad tv, eating and cooking good food and digging in the dirt. Catch up with her continuing efforts to grow food in South Philly by clicking here.
Sarah's Garden Gardening and Farming
Tweet