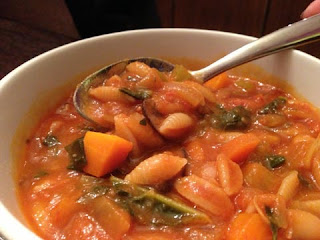 Minestrone can be anything you want it to be. It's super flexible, adapting to what's in season. In the summer, your minestrone can be full of zucchini and fresh tomato and herbs, and in colder months minestrone can be a refuge from thick, pureed vegetable soups while still providing an outlet for the squash, potatoes and hearty greens of winter. Minestrone can easily be made vegetarian or vegan. Many recipes call for pancetta or beef both, but a dab of extra oil and a bit of sundried tomato can fill in for the rich flavor and texture provided by the meat. If you don't use butter and don't sprinkle the top with parmesan, it's a vegan soup. If you leave out the pasta, it's gluten-free. Minestrone is what you need it to be. The recipe below is an amalgam of all the recipes out there, skewed towards what was in my fridge on Sunday. Yes, this was Superbowl minestrone. It's vegan, and while I threw some pasta into mine at the last minute, it's portioned to result in a rich soup with plenty of chunky vegetables and beans and no need for pasta. (Though, if you'd like to add pasta, just add more stock). I used sundried tomatoes in place of bacon or pancetta. 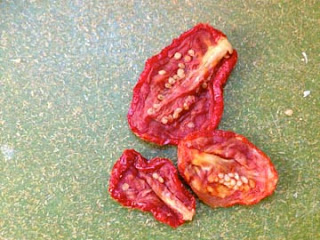 I don't believe I'll every fully wrap my head around the concept of umami, but tomato and mushrooms do well subbing for meat. 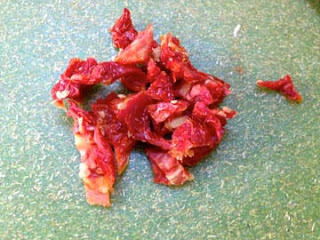 I chopped up the sundried tomatoes and swished them around in two tablespoons of oil over a medium flame until they had softened a bit and smelled like they were ready to make soup. You know how that smells, right? 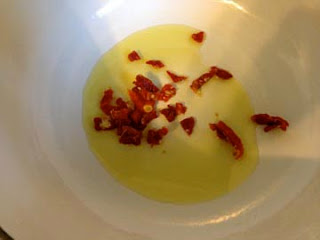 Next, the veg. A couple of carrots and celery stalks, and two small onions, all diced up. An entire head of kale. 4 cups of cannellini beans. A quart of crushed tomatoes. Four cloves of garlic. A cup of sliced mushrooms. 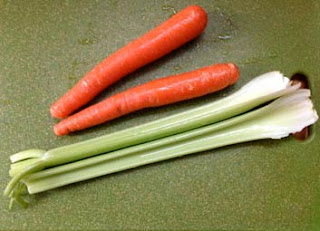 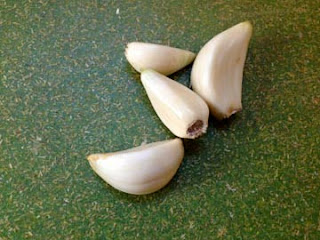 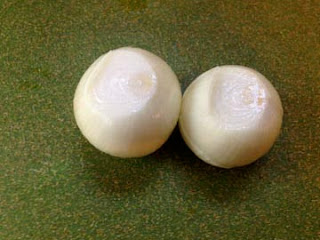 I tossed the onion with the sundried tomato until it was translucent and glossy. 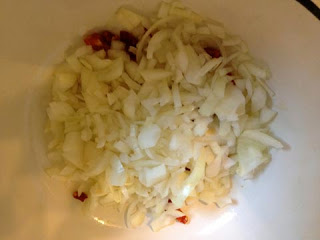 Diced carrot and celery went in, then I minced in the garlic. 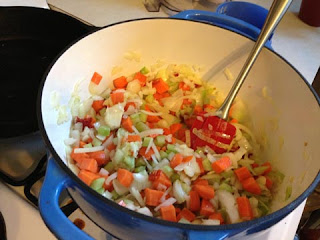 About 5 minutes later, when the celery was just starting to yield, I added a bunch of chopped lacinato kale (stems removed). This doesn't need to be kale. Lots of recipes call for escarole, or cabbage, but spinach or chard would work well. Minestrone is whatever you need it to be. 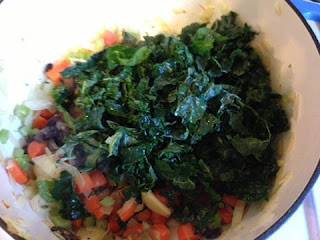 I flipped the kale around with the other veg for a few minutes until it was starting to wilt, then turned the whole thing into soup. This would be a good time to add diced potatoes or squash, if you have them on hand. I added 6 cups of vegetable stock (you can use chicken or beef here) and four cups of crushed tomatoes. If you'd like to add pasta to your soup, think about maybe using 8 cups of stock. This is a substantial soup and you'll need extra liquid to support some cavatelli or ditalini. 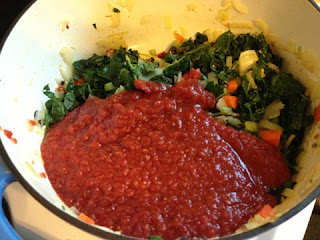 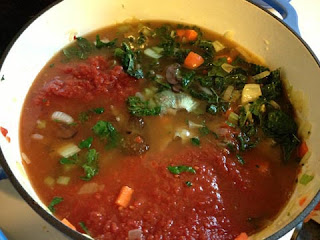 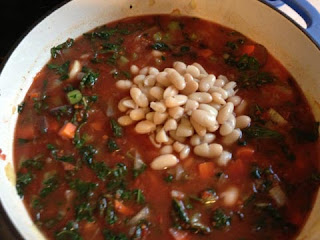 Add herbs. Again, this is flexible. I had oregano in the freezer and added about a tablespoon and a half of those leaves, plus about half a tablespoon of both dried thyme and rosemary. Fresh is best, so if you have it, use about a tablespoon of fresh herbs for each teaspoon of dried - that's 3x as much fresh as you'd have used dried - because dry herbs are all compact and crumbly. Salt and pepper. I salt my soups more than I salt my other foods, but I'm generally conservative with salt. If you use storebought stock, it's probably already salted, so salt carefully. Salt, taste, and salt some more. With canned tomato products, I find that there is a bit of a metallic taste that is reduced by adding salt. If your tomatoes are fresh or boxed, you may not run into this. Once my soup was seasoned, I brought it up to a boil, then back down to a simmer and let it cook like that, barely bubbling, for 45 minutes. You want to make sure you end up with tender kale, but if you use softer greens, you can probably get away with a 30 minute simmer. Either way, that's pretty quick for soup. In the end, I had about three quarts of soup, so I could stash two right in the freezer. 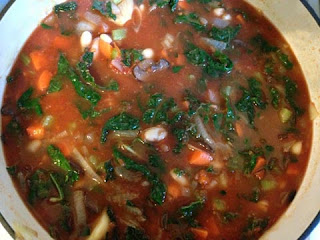 A few notes about adding pasta. This soup turns into an amazingly filling meal with a bit of pasta. I used cavatelli. I only added pasta to the soup we were eating immediately, so the rest of it was frozen pasta-free. It's very easy to add pasta when you reheat it, and that way you don't have to worry about mushy noodles. So I had added a couple of extra cups of stock to my soup early on, and just dropped in a small handful of pasta per serving. Brought that to a low boil until the pasta was cooked to my liking, and I was all set. If it's too thick, just add more stock. 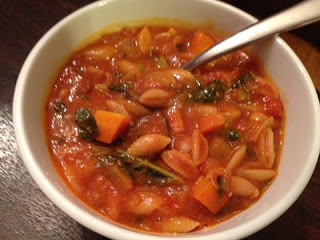 This recipe is cross-posted at SaturdaysMouse.com where I’m working on making food out of food. Ingredients Instructions Sauté onion with the sundried tomato until translucent. Add carrot, celery and minced garlic and sauté for 5 minutes. Add kale or other greens, toss until it starts to wilt. Add 6-8 cups of vegetable stock (you can use chicken or beef here) and 4 cups of crushed tomatoes. Stir. Add cannellini beans and herbs. Bring to a boil, then simmer for 40 minutes. (Optional) Add a handful of pasta if you're feeling it, but it's plenty hearty on its own. Boil until pasta is done and serve. Details
Recipes
Tweet